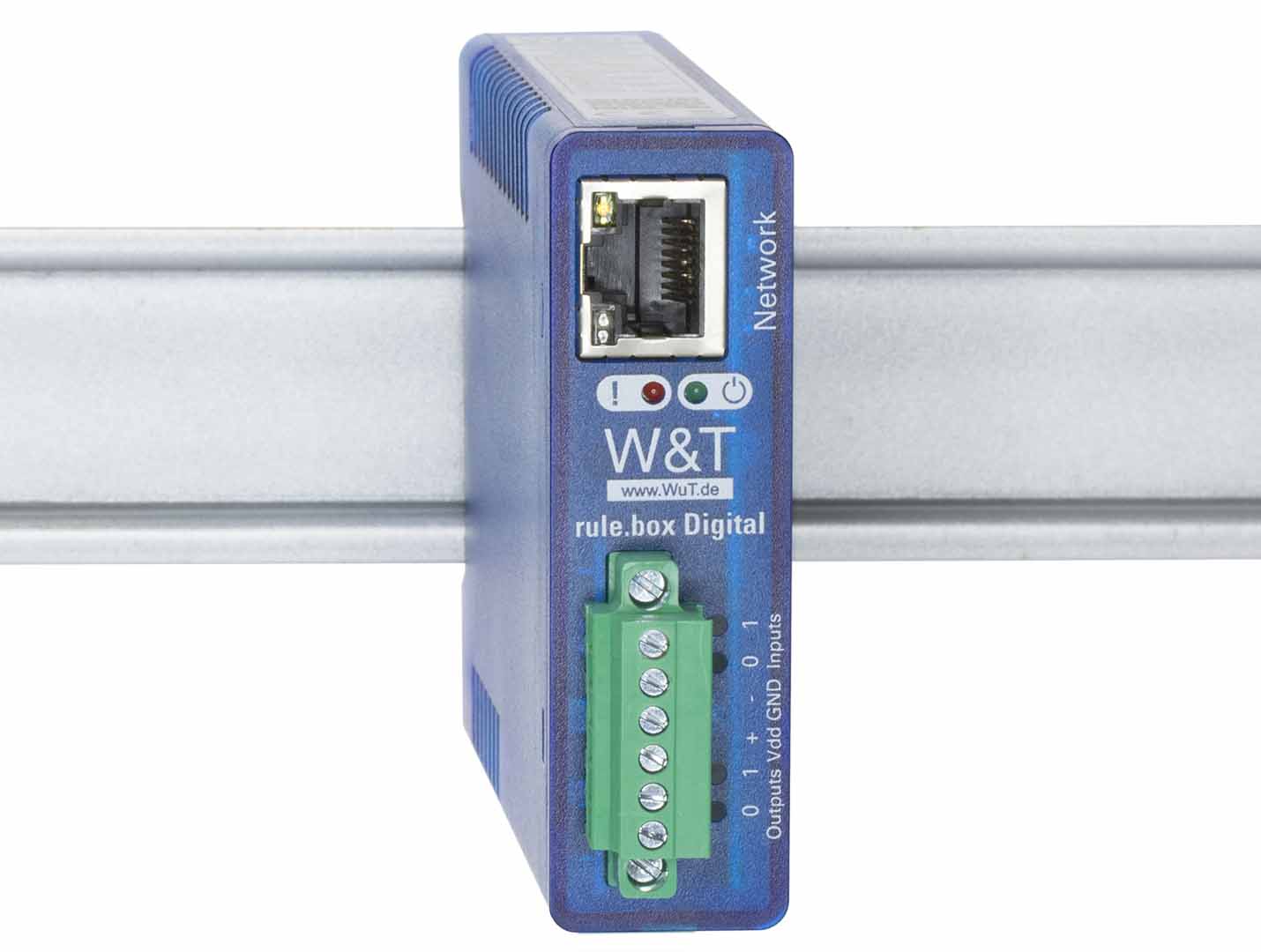 rule.box Digital 2x In, 2x Out (Task Automation via Node-RED)

The rule.box is the central box for implementing your automation tasks. With Node-RED as the programming environment you have everything you need for acquiring, processing and sending data. The various models let you connect digital IOs, serial terminal devices and USB devices.

Realize automation tasks with the pre-installed graphical development tool Node-RED. Determine the data flow between input, output and processing nodes by dragging connections in the browser-based editor. The digital in- and output signals on the rule.box are available for processing in Node-RED and make it simple to link sensors and actuators. Pre-installed nodes let you read and control Web-IOs, Web Thermometers and Com-Servers from Wiesemann & Theis. The wide range of available pre-installed nodes enables both expansion of the processing functions and linking devices from other manufacturers. The rule.box processes the flows reliably and using little power. Integration of non-public nodes is also possible on request.

Housing and other data: